How I manifested my new home 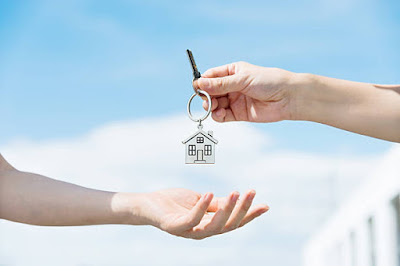 I just moved into my new home, which I 100% believe I manifested myself and I couldn’t be happier. The way this all played out is pretty amazing, so I had to share my story… I hope it will inspire and motivate you to do the work and also start manifesting amazing things in your life!

I wanted to move for some time and I knew exactly what I wanted. An awesome new house, with a back yard in a beautiful, safe and peaceful neighborhood. Comfortable, but affordable. You hear often: you can’t have it ALL, but I wouldn’t settle for less. When you believe that you are the creator of your own reality, you can manifest anything. I still struggle with unconscious beliefs that keep me from manifesting, but this one went easy and I know why. I didn’t HAVE to move. I was already happy where I was. There was no NEED, there was no desperation.

On January 1st 2018, I wrote 5 things that I wanted to accomplish in 2018. One of the 5 was ‘to move’. I even joked that we would celebrate the next New Year in my new house. I acted as if I knew for sure that this would happen. I was already looking for new interior ideas and thinking about how I would decorate.

So what is scripting? It’s writing a story of your desires, dreams and wishes that you want to manifest in the NOW, as if they’re already accomplished. You write how happy and grateful you are for those things as if you already have them. That’s the idea of the whole scripting method. It’s about getting into the high vibration state and then, of course, letting it go. Do NOT attach the outcome to your vibration. Just let the Universe do its job and believe that it will if you butt out. If you want to know about other manifesting methods, read my past blog about it.

The odds to get a house I wanted were pretty small, but only 4 months later, I found the perfect home. The only ‘problem was’, there were 7 other candidates that wanted it. I kept my belief, but was totally fine with the idea of NOT getting it. They all pulled back for different reasons and the house was mine. That’s how the Universe works. It will rearrange situations, people and timeline to serve you. If you only believe and expect that it will. It’s fun to play this game of life and I hope you’ll get on board!

Posted by Artemis life coaching at 3:50 AM