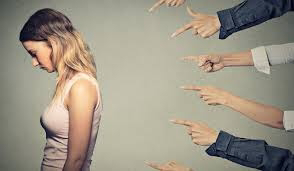 As I’m trying to be as conscious as I can in my attempt to observe and explain people’s behavior, keeping in mind that the judgement is never coming from a spiritual and conscious place, it’s inventible to conclude that we have 2 parts of ourselves: The Higher-self coming from source energy and the Earthly-self coming from ego. To remain spiritual and sane at the same time during our stay in this space-time reality, especially sharing space with others, it’s very crucial to understand the difference between those two ‘selves’. The higher-self part of us is the extension of the one and the same source energy that we’re all coming from, which make us all one and the same, in other words ‘equal’. The Earthly-self on the other hand, which has a body, personality and a lot of opinions, based on different backgrounds and experiences, make us all different or in other words ‘unique’.

Having this said, you can conclude that people who are (trying to be) spiritual are not eager to judge, because they mostly observe things from Higher-self, understanding that we’re all the same and that everything external is a reflection of self. Judging others would equal judging yourself or the things that exist in you that you recognize in others. That’s why it’s always being said that people who judge others do so because they have very little to no self-esteem and are highly insecure. Having this need to put others down is a direct reflection of what they hold within themselves. I must add that ‘putting others down’ is not the same as having certain preference or taste, where you find something or someone more or less attractive, intelligent, valuable etc. Judging is always being done by Earthly-self, because it has ego which needs to survive. Earthly-self cannot survive without ego, but the Higher-self, if trained, can control it by understanding its purpose and value.

Understanding fellow ‘Earthlings’ without judgement is very easily being done by Higher-self, but because we live in this physical space-time reality, where we have ‘Earthly’ rules, norms and values, we are kind of expected and even responsible to ‘judge’ what we think it’s a bad behavior, because otherwise we would ‘justify’ or ‘approve’ it. In this case it’s very important to realize that we can be conscious enough to understand someone’s bad behavior without justifying it. We can’t give a free-pass to people who do or say bad things, but we can ‘judge’ a behavior without judging a persona.

So when you have the need (and ‘have the need’ is a key statement) to ‘judge’ someone’s look, intelligence, opinion, occupation, personal-preferences etc., that’s coming from ego and lack of emotional intelligence. However, if you ‘judge’ someone’s bad behavior, comments and judgements where you put yourself in a protective position of the ‘judged’, that’s, in my opinion, a whole other story. Although, this is also not objective, as we all have a different definition of what’s ‘good’ or ‘bad’, so you can surely expect a judgmental comeback. As you find yourself passing a judgement, ask yourself: “What was my drive or intention to make such judgement?” If it’s not a protection of morally based values, it’s most likely your own insecurity and fear. This is exactly why you shouldn’t worry if you’re the one being judged by someone else, because it’s often their own struggle with themselves.

Always remember that truly successful, beautiful, intelligent and fulfilled people have absolutely no need to judge anyone. Those people will always do one of the two things: They will either help you rise OR they won’t care about you at all. This doesn’t mean that there are people who never judge, because as I said earlier, ego has to survive and we ALL judge, but if you stay conscious about it and keep monitoring your feelings towards others, along with the ability and will to understand where those feelings are coming from, you’ll create space to keep working on yourself and to grow.

There will always be people who need to put others down in order to have some sense of self-value, self-worth or gain a feeling of superiority. You can especially see that kind of arrogance in people who perceive themselves as highly intelligent, therefore in their eyes entitled to a certain high position in society, but that’s just another mask of their own insecurities, probably from unresolved childhood trauma’s. So to finish this with a little hypocrite and humor based statement: you can be a doctor, a writer, a scientist, a professor, a supermodel, a Nobel prize winner… hell, you can be the president of the United States and still be an idiot! 🤷🏻‍♀️

This was written by my Earthy judgemental self 😉

Posted by Artemis life coaching at 4:39 AM